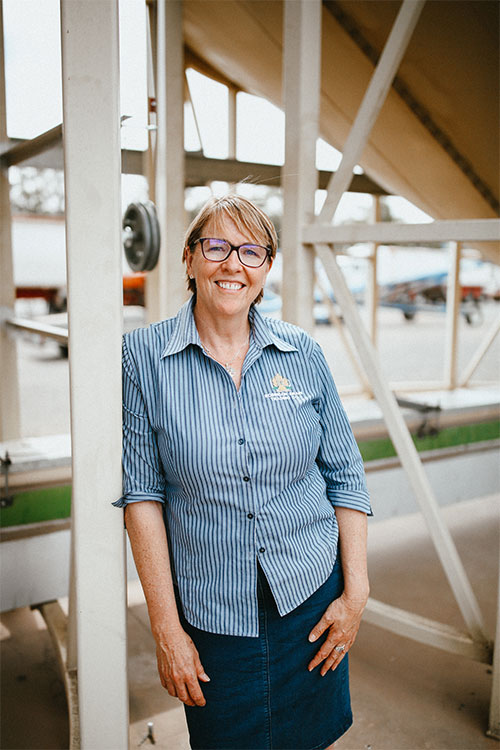 Sherrie has had the red dust of the bush under her finger nails since birth, as she was born and bred in the central west NSW town of Tottenham.  You could say her very first job out of school was a sign of where she would end up for a large portion of her working life.  She worked for the then Grain Handling Authority on the weighbridge for 3 seasons, which would leave her in good stead for many hats she has worn whilst with family owned and operated Robinson Grain Trading Co P/L.

Sherrie commenced work for Robinson Grain in the year 2000 and for the past 20 years has had numerous roles within the company as it has grown exponentially, from two employees when she first started to 18 spread over two states.

Having “grown up” with Robinson Grain Sherrie is an irreplaceable part of the team, her experience in all aspects of administration is an invaluable asset.

Outside of work Sherrie has two grown up children, enjoys keeping fit, gardening, reading and spending time in nature.